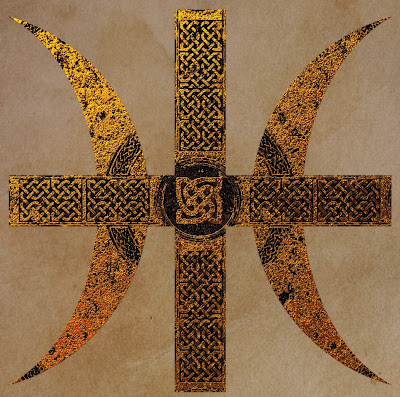 Hello and welcome to the, once again, a little late alionmind records news blog. The delay has something to do with the fact that the creative output of alionmind, due to internal turmoil in the house, was rather limited in October. For this reason, I would have had little to report. I have now programmed a little software which I can use to analyze the data provided by the distributor Routenote on sales, downloads and streams. And for this reason I can add a few facts about the current best-selling alionmind releases to the few creative news in this news blog. But let's start with the musical releases since the last news blog:

On October 17. the fourth track for the Cimelium album in production "Ad Hominem" was completed. "De Omnibus Dubitandum" as the song is titled, is once more something for lovers of quiet and rather gloomy Cimelium sounds like you know them from the album "Mesopotamia". Read more about it on the Cimelium Blog ->.

Also for lovers of more "happy" Cimelium sounds there is something new available: The 7. track for the album "Madeira" was featured on November 2. This time it takes you to the rough  and tough north coast of Madeira, to Santana.  Read more about it on the Cimelium Blog ->.

Now for the new videos:

I just couldn't stay away from the editing of the video footage which I recorded during my bike ride through the Lüneburg Heath in August. And suddenly I had the first part ready, which is about the first day, when I rode from Glinde to Lüneburg. Read more about it on the alionsonny Blog ->.

This three quarter hour monumental work is only for absolute hardcore AlionLive viewers. For 47 minutes, I have pointed the camera during the walk to the front of me and commented on it more or less in detail. Shaky camera, adorably lousy English, grotesque slips and my very own view of things make it all a... well... haunting experience ;). Read more about it on the alionsonny Blog ->.

The raw and cold statistics

Ok, and that's it, regarding to the creative news. Now we get to the promised insight into the alionmind sales statistics. You do not really think that I publish real sales data (in € or $) here? No, everything is purely based on percentage. I myself was a little surprised when my analysis software gave me the first results. Namely, I had a completely different estimation regarding to the  popularity of certain albums.

For example: I would have never thought, that Cimeliums "Mesopotamia" is by far the bestseller among the albums sales and Willma Poppen's "Heroes of the Popp-Culture" didn't even make the top 5. TIP: Click the list entries to get to the page of the album on the website of the project!

The number of single sold MP3 downloads has also somewhat surpised me. There were relatively few and the distribution is quite uniform. You see,  Cimeliums "Mesopotamia" is well represented here too, but, to my great surprise, terrific surpassed by "Reggae" by the alionsonny project. TIP: Click on an album title in the list takes you to the album on iTunes. Clicking on a song title in the list, takes you to the song on iTunes. So, if you are currently in the mood for buying something... ;).


Well, and that should be it for this time. Oh, and as expected, I make the most sales on iTunes with albums sales. The worst, of course, is the streaming ... though not as bad as I thought actually. Until next time, bye!
Eingestellt von alionsonny um 3:05 AM No comments: